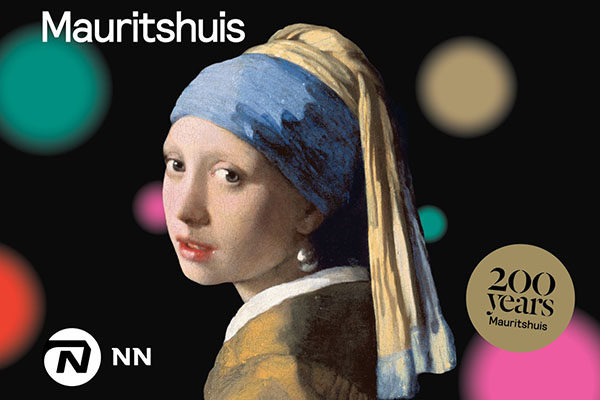 This year, the Mauritshuis celebrates its 200th anniversary. As the main partner of the museum,  NN is supporting several anniversary projects throughout the year.

This summer, two special exhibitions will be on display in the museum: Hello Vermeer!, an interactive exhibition about the famous painter, and a photography exhibition called Flash/Back in which renowned Dutch photographers create new work, inspired by the Mauritshuis collection.

Additionally, NN is inviting 200 families from The Hague to visit the museum during the upcoming summer holiday. The visit is being organised together with the LINDA.Foundation, a Dutch charity that supports families in financial need.

Located in the centre of The Hague, the Mauritshuis started as a museum in 1822. Since then, it has become known for its collection of paintings from the 17th century, containing masterpieces from a range of Dutch and Flemish painters, including Vermeer and Rembrandt. NN has been the main partner of the Mauritshuis since 2016. We recently extended our partnership for three years, as part of our aim to help make art and culture accessible to everyone, and thus make a positive contribution to society.

Read more about our efforts on our commitment on society