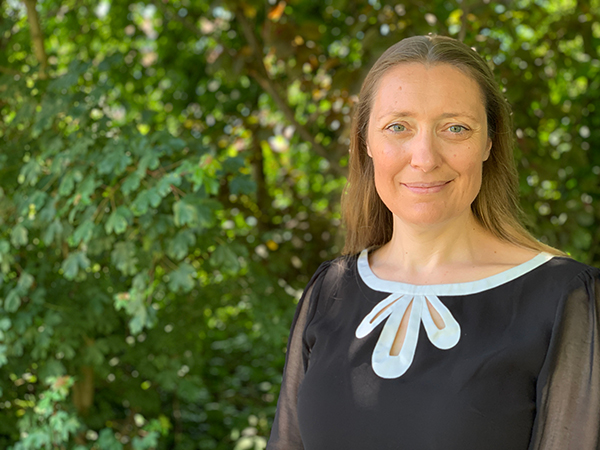 Today we celebrate Neurodiversity Pride Day at NN Group. This is a global day dedicated to celebrating neurodiversity and the added value of people who are neurodivergent. We believe that our company is strongest when we embrace the full spectrum of humanity. That is why we want our neurodiverse colleagues to feel safe to express their needs. To start the conversation, we have a Neurodiversity Network, which was founded by Cindy Doff, our Autism Ambassador. We asked Cindy five questions about her role and the network.

How did you start as Autism Ambassador at NN?

Cindy: ‘After my autism diagnosis it took me a lot of time to decide whether I wanted to come out at work. There was no one to reach out to who had dealt with the same doubts. Having gone through this whole process by myself, I decided to become that someone for others. I followed the Autism Ambassador course at Vanuit Autisme Bekeken and thus became Autism Ambassador. In this role I support colleagues, increase awareness and knowledge and strive to remove stigma.

What is the Neurodiversity Network’s role within NN?

Cindy: 'Let me first explain what neurodiversity means. The term neurodiversity encourages us to see autism, ADHD, apraxia, dyslexia, et cetera not as ‘conditions’ but to look at them as variations in brain functioning. It emphasises the qualities and talents associated with them.

I founded the Neurodiversity Network within NN in 2019. It offers a safe space for all neurodiverse colleagues struggling with our work environment, which is built for the neurotypical. We share experiences, but can also support a dialogue with someone's team and/or manager. In addition we offer support to colleagues with neurodiverse family members or friends.’

How has NN supported you in founding the network?

Group HR was supportive from the start. And so was my senior manager. They gave me the opportunity to become a certified Autism Ambassador and to found the network. However, it takes a lot of work to build a network. It hasn’t been easy combining this with my work as a manager. Luckily, I have worked closely together with Monique Pennings, NN’s Global Diversity & Inclusion manager, and her team, since her appointment last year. We now have a sound communication plan and resources and a budget for activities. This enables me to reach more people with the network. And with the network growing and with more people offering support, and initiating and participating in activities, I feel we are now taking great steps.

How have colleagues responded to the call to join the network?

We have had nothing but positive reactions. And not just from neurodiverse colleagues. It turns out we have many allies out there, as well as colleagues with neurodiverse family members or friends. Our new internal social channel Yammer offers a private online space where we can meet and share experiences. 25 colleagues have joined this community since April. The community is growing, and we see it as just the beginning. A few of these colleagues have stood up to expand and further professionalise the network from here together.

What is the network’s ambition?

We have two main ambitions. We aim to support colleagues who live with neurodiversity, and we want to increase awareness and understanding in all others, especially managers and team members of neurodiverse colleagues. Up to now our focus has been on the first, and we aim to take steps in the second this coming year.