In January of 2016, NN Group and the Mauritshuis in The Hague entered into a new partnership. The Mauritshuis is internationally known for its impressive collection of works from the seventeenth century period of Rembrandt and Vermeer.

Our corporate partnership aims to attract a wider and more international audience for the Mauritshuis. The core of the collaboration is to enable various types of exhibitions, attracting a new and younger audience and increasing international visibility for the museum. 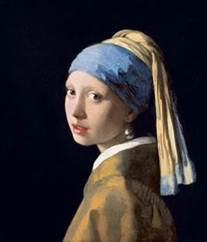 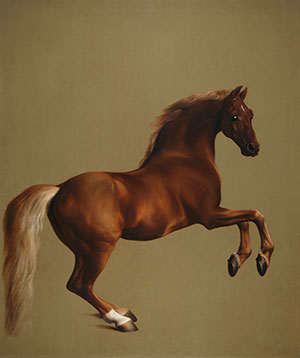 George Stubbs: The man, the horse, the obsession

George Stubbs (1724-1806) is England's most famous horse portrait artist. His fascination with horses becomes clear in the exhibition ‘George Stubbs: The man, the horse, the obsession’, on from 20 February to 1 June 2020 in the Mauritshuis in The Hague. The absolute highlight of the exhibition is the huge (3 x 2.5 m) portrait of the race horse ‘Whistlejacket’ from 1762. This work has never before been seen on mainland Europe.

Together with the Mauritshuis a photo contest was launched, where everyone was asked to share their most special horse picture. The winner wins a portrait photograph of their horse and two entrance tickets to the museum.

Rembrandt and the Mauritshuis

31 January - 15 September 2019 - The Mauritshuis holds one of the most renowned and important collections of Rembrandt paintings in the world. The museum will exhibit all 18 paintings in the collection that are by Rembrandt or that have been attributed to Rembrandt in the past. Among these are masterpieces such as ‘The Anatomy Lesson of Dr Nicolaes Tulp’ and Rembrandt’s late self-portrait, as well as paintings that are no longer considered to be by Rembrandt and are rarely –if ever – on display. Together, these works show the shifting perception of Rembrandt through the centuries.

Every second Thursday of the month, the Mauritshuis, in collaboration with NN Group, hosts an event called  Maurits&. This is an exciting 'after-work event', where all who join have the chance to get to know something just a little bit different from the regular Mauritshuis offerings. The programme is created by the guest museum director who takes over for this one Thursday evening each month - a high-profile personality who has a special connection to the Mauritshuis. So far, evening directors have included Vik Muniz, Pat Smith, Harold Hamersma, Eva Jinek, Jan Taminiau and our Prime Minister Mark Rutte. The event is available for everyone, but you do have to sign up beforehand.

From 11 October 2018 until 6 January 2019, the Mauritshuis will organise a special exhibition with paintings from the Dutch Golden Age with a historical origin. English country houses are home to many paintings by the masters of the Golden Age. Most of these paintings were acquired in the 18th century, during the heyday of the English country house. Although over time many estates were dismantled as owners sold works to raise funds, many extraordinary paintings are still found in country houses today. For this exhibition ‘Dutch paintings from National Trust houses’, the Mauritshuis selected the most beautiful Dutch paintings from houses managed by the National Trust, a conservation organisation dedicated to taking care of special places in England, Wales and Northern Ireland. This will be a first for the Mauritshuis: never before has such a selection been exhibited in the Netherlands.

In this exhibition the Mauritshuis will exhibit a selection of Jan Steen’s finest history paintings. This seventeenth-century Dutch artist is best known as a painter of chaotic and disorderly scenes of every day life, which gave rise to the popular Dutch proverb ‘a Jan Steen household’. But he also painted very different subjects: stories from the Bible, classical mythology and antiquity. From 15 February until 13 May 2018, the Mauritshuis will show – by means of twenty-one paintings – that Steen was a versatile and ambitious artist with a keen eye for amusing stories and anecdotes. 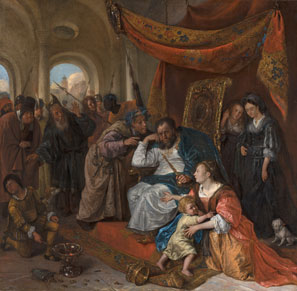 In 2017, NN Group will be the main sponsor of the exhibition ‘Slow food - Still lifes of the Golden Age’ in the Mauritshuis. At the end of the sixteenth century, artists in the North and South of the Netherlands began creating still lifes with food on set tables. These paintings, depicting a variety of food and precious objects, reflect the great wealth that was enjoyed in this part of Europe at the time. The manner and technique in which various artists detailed the subjects of their work in these food still lifes are still used today.

For this exhibition a very special programme has been created that includes slow-food festivals with interesting and delectable lectures, workshops, and guided tours.

Dates: Saturday 22 April, 20 May or 17 June. For more information:
www.mauritshuis.nl/nl-nl/ontdek/tentoonstellingen/slow-food/ 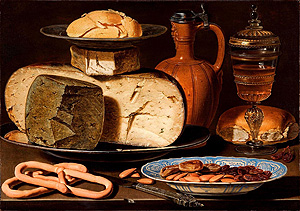