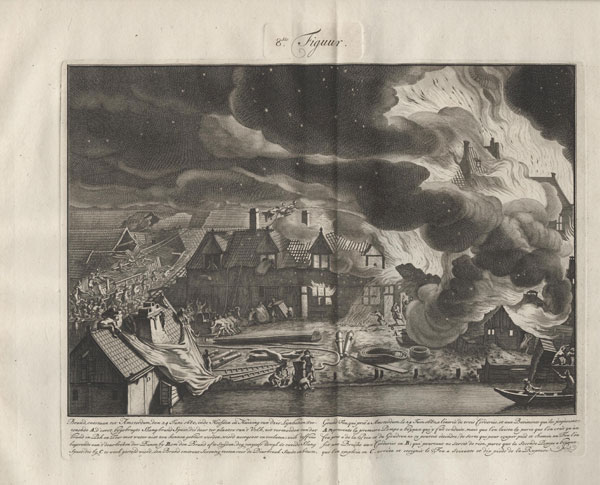 The ‘Brandspuitenboek’ (‘Firehose Book’) by Jan van der Heyden is one of the most important writings in the history of fire-extinguishing. This book contains a fire report which was submitted to the city of Amsterdam in 1690, documenting all large fires in Amsterdam starting from 1651. NN’s historical collection contains one of the rare copies of this monumental book.

The book  includes beautiful engravings of the fire-fighting operations, drawn by Van der Heyden himself and his son. Van der Heyden also promoted his latest invention - the fire hose - for which he owned the patents. With examples he explained the functioning of this new fire hose.

Jan van der Heyden was not only fire commander in Amsterdam, but also an artist and inventor; in addition to the fire hose he also invented the dredging mill and the street light.

Fire insurance company De Nederlanden van 1845 was very active in fire prevention from the very beginning. In 1873 it donated two fire hoses to the city of Zutphen and initiated the establishment of the local volunteer fire department of which the staff members also took part. 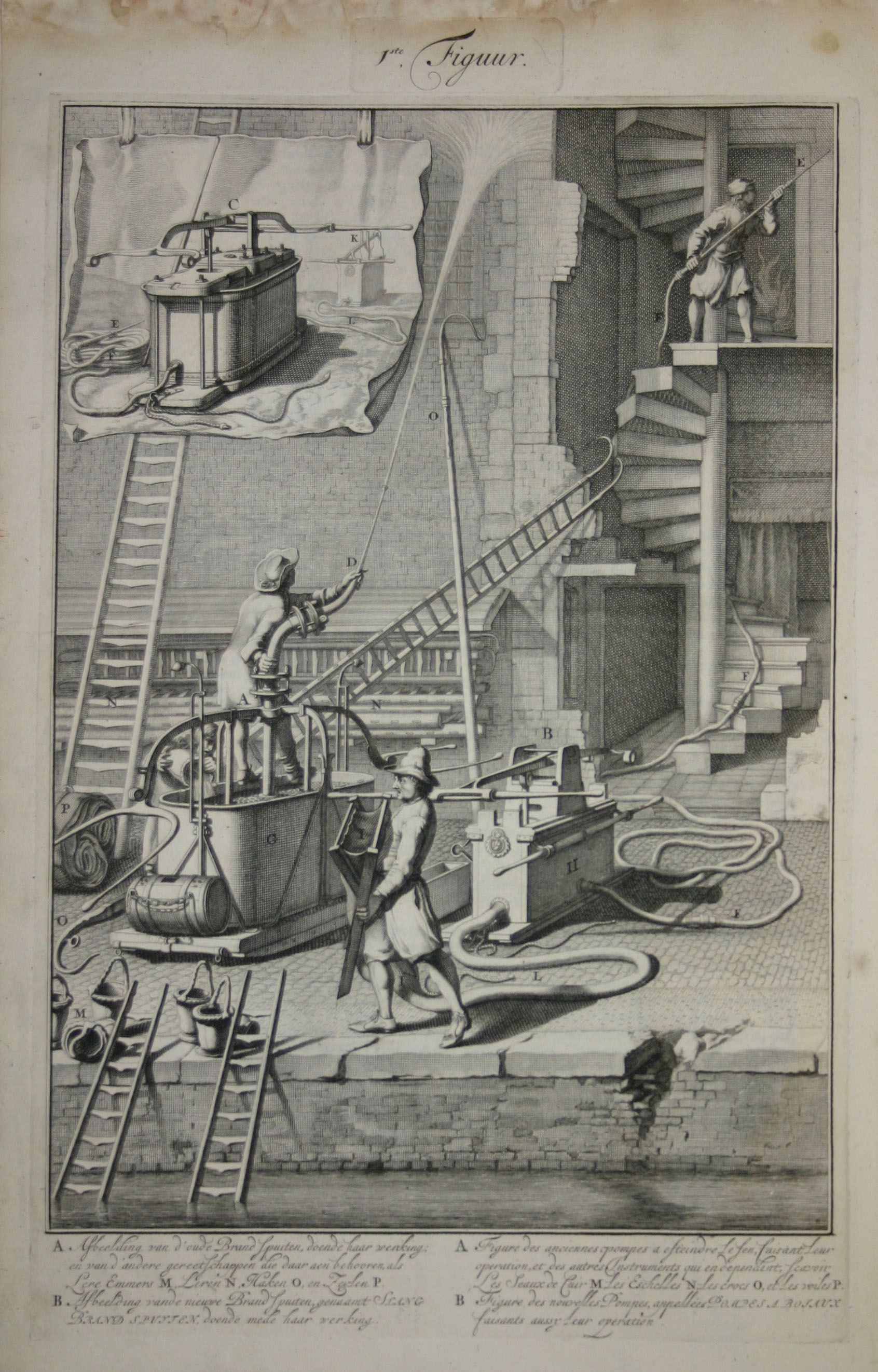