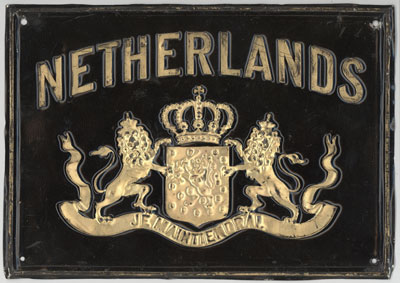 Since the 18th century, fireplates – or insurance plates - were used to signify that a property was insured. The plates were thin plaques made of metal and other long-lasting materials, built to withstand all kinds of weather conditions, and positioned high up on a building to prevent theft. The name of the insurance company always appeared on the plate, usually in golden relief, also offering excellent advertising opportunities.

When fires started, sometimes fire brigades had more interest in buildings with fire plates, as insurance companies often rewarded firemen when they saved their insured property (sometimes they even got paid for their efforts). This practice was abandoned with the formalisation and professionalisation of fire brigades in the early 20th century, after which the fire plates were no longer in use. 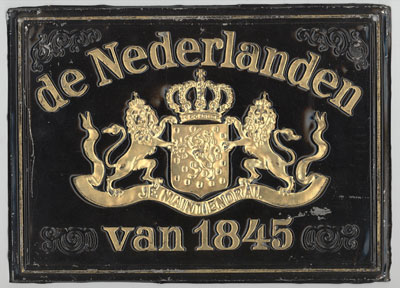 In some cities in the Netherlands you can still find buildings with a fire plate. In NN Group’s Historical Collection there are thirteen different types of fire plates; the oldest dates from around 1870 from De Nederlanden van 1845, founded in Zutphen, and shows the city’s Coat of Arms. Other plates were used abroad, and the specification ‘Netherlands’, ‘Niederlande’ or ‘Pays Bas’ was probably enough to know that De Nederlanden van 1845 was involved. 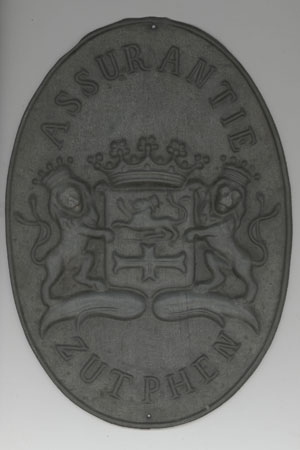