Nationale-Nederlanden (part of NN Group) is an ambassador of the Kunsthal Rotterdam and annually supports new and exciting exhibitions. 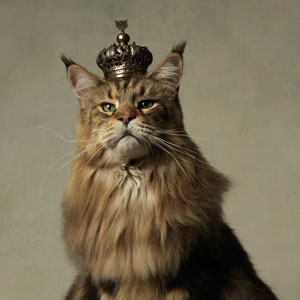 Cats are more popular than ever. Photos and videos of our feline friends are watched and shared on the internet on a massive scale across the globe. But where does this love of cats come from? The exhibition in Kunsthal Rotterdam explores what is so attractive about them. It shows how artists have depicted cats since the second half of the 19th century. Classic masterpieces as well as work by contemporary artists are on display, including the works of Dutch photographer Marie Cécile Thijs. Her images are reminiscent of the majestic paintings from the Golden Age. They also highlight the human tendency to connect specific characteristics to a cat’s appearance.