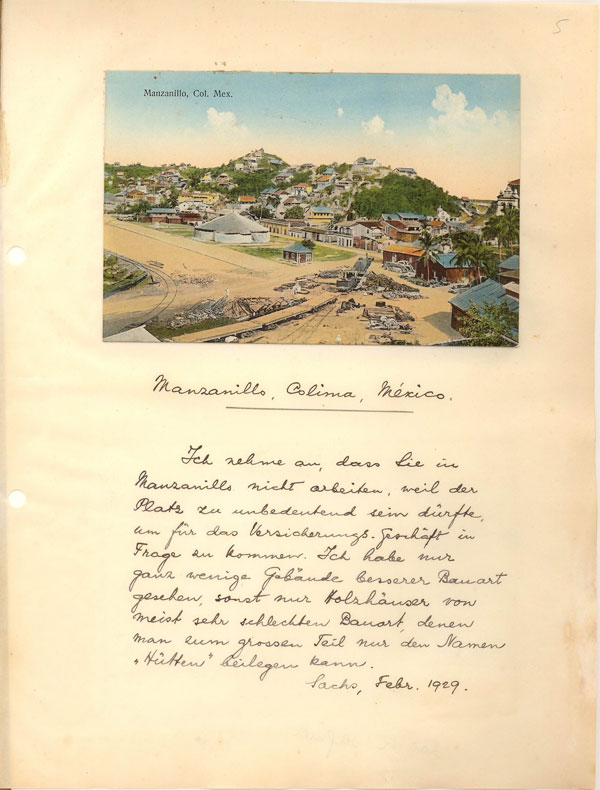 The NN Historical Collection has some twenty travel reports from the fire insurance company De Nederlanden van 1845. These reports were compiled by so-called foreign inspectors who travelled abroad from 1880 to 1940. Their goal was to explore expansion opportunities for insurance activities and to inspect branch offices already established all over the world. The inspectors reported their findings to the head office in the Netherlands. Here  the reports were bound together, including photos, postcards and drawings of the local situation.

The reports give an insightful impression of the continents and countries visited in the period from 1880 to 1940: Europe, Africa, South America, the Middle East, the Far East and India. The reports contain a wealth of information about population, local customs and traditions, climate, laws, industry and foreign business people, all from an insurance point of view.

The inspectors were surprised by the beauty and splendour they found in the cities they visited. In 1911, inspector Scheltema wrote about Mexico City: ‘I found the city to be much larger and more modern than I expected it to be.’ And he found there ‘a fashionable bustle and a luxurious exhibitionism.’

The trips were long and often lasted more than six months, and the inspectors made use of all kinds of transportation. Often they travelled by boat, but also by train or zeppelin.

Around 1930, the travelling accounts became less extensive and the trips shorter. After World War II, the inspectors only reported about their foreign trips in the board meetings. Today we can still enjoy the expressive stories of our predecessors. 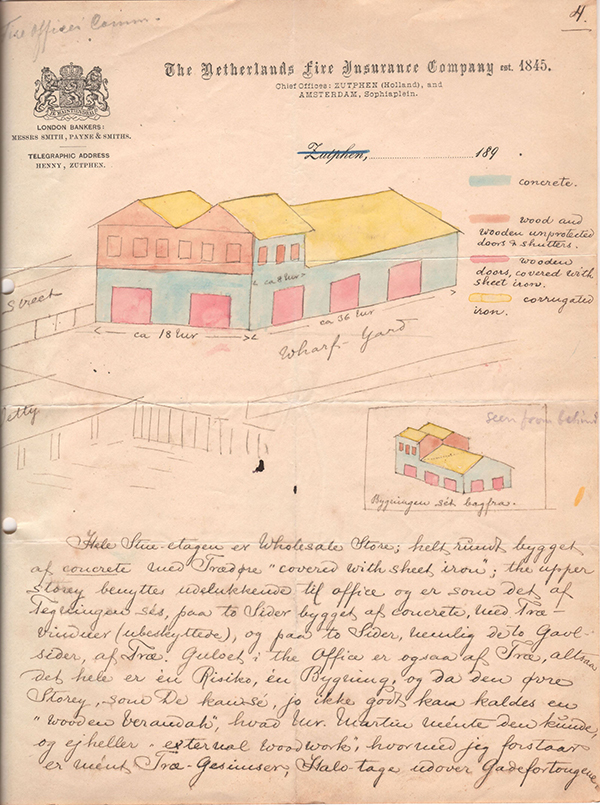